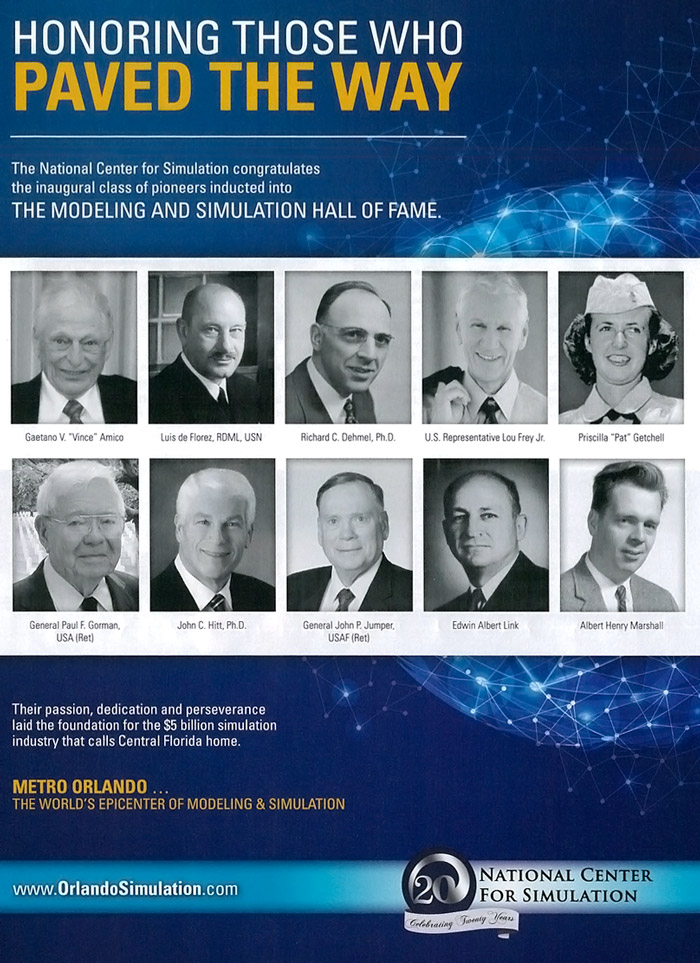 Thank you for your interest in the National Center for Simulation (NCS) Modeling & Simulation Hall of Fame.  The following information will help in nominating a candidate for induction into the NCS Hall of Fame.

The Hall of Fame was founded in March 2014 in Orlando, Florida, and is on permanent display in the South Concourse of the Orange County Convention Center located on International Drive in Orlando, Florida.  The principal objective of the NCS Hall of Fame is to honor, recognize, and protect the legacy of individuals who have significantly contributed to advancements in modeling and simulation.

A nominee’s field or area of achievement is not limited only to defense.  Significant contributions in other areas (e.g. medical/healthcare, technology, entertainment, transportation, education, homeland security, gaming, space, and other areas) will also be considered.

Eligibility Requirements for Submitting a Nomination

Anyone may submit an individual for consideration.

To nominate an individual, please complete the attached forms.  The forms, along with as much documentation of the nominee’s accomplishments as possible, should be sent to:

In addition, a hard copy may be sent to our office.

Induction into the NCS Hall of Fame is an extremely prestigious accomplishment.  In order to make your nominee more competitive, please ensure your nomination package is as thorough, comprehensive, and documented as possible.  This should include non-returnable detailed narrative articles and pictures of the nominee.  As a minimum the following must be included in the nomination package (please provide NCS a printed and electronic copy):

If you have any questions, feel free to contact NCS at 407-384-6111. A NCS Hall of Fame induction ceremony will be held at the Orange County Convention Center site in summer or fall of each year.  Exact date/time will be released closer to the event and are always subject to COVID-19 conditions.