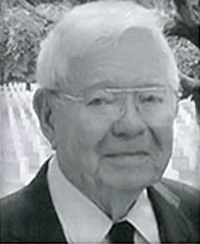 In recognition of General Gorman’s revolutionary approach to Army training. A supporter of early simulations such as the Multiple Integrated Laser Engagement System and the Combat Training Centers, General Gorman was later an innovator of networking simulations and the changing paradigm to link live, virtual and constructive simulations. His distinguished career of service to the United States Army has left an indelible mark on modeling and simulation and has resulted in decades of effective training for our Soldiers.

General Gorman (born August 25, 1927) is a retired United States Army general who served asCommander in Chief, United States Southern Command (USCINCSO) from 1983 to 1985. He has also worked as a consultant for the Institute for Defense Analyses and the Defense Science Board, and has served on three White House commissions: the Commission on Organized Crime, the Packard Commission on Defense Management, and the Commission on Long Term Integrated Strategy. Gorman is also an assistant professor for Research in the Department of Neurosurgery, University of Virginia’s Health Sciences Center, dealing with issues about information technology and health care. The Gormans have two sons and one daughter.