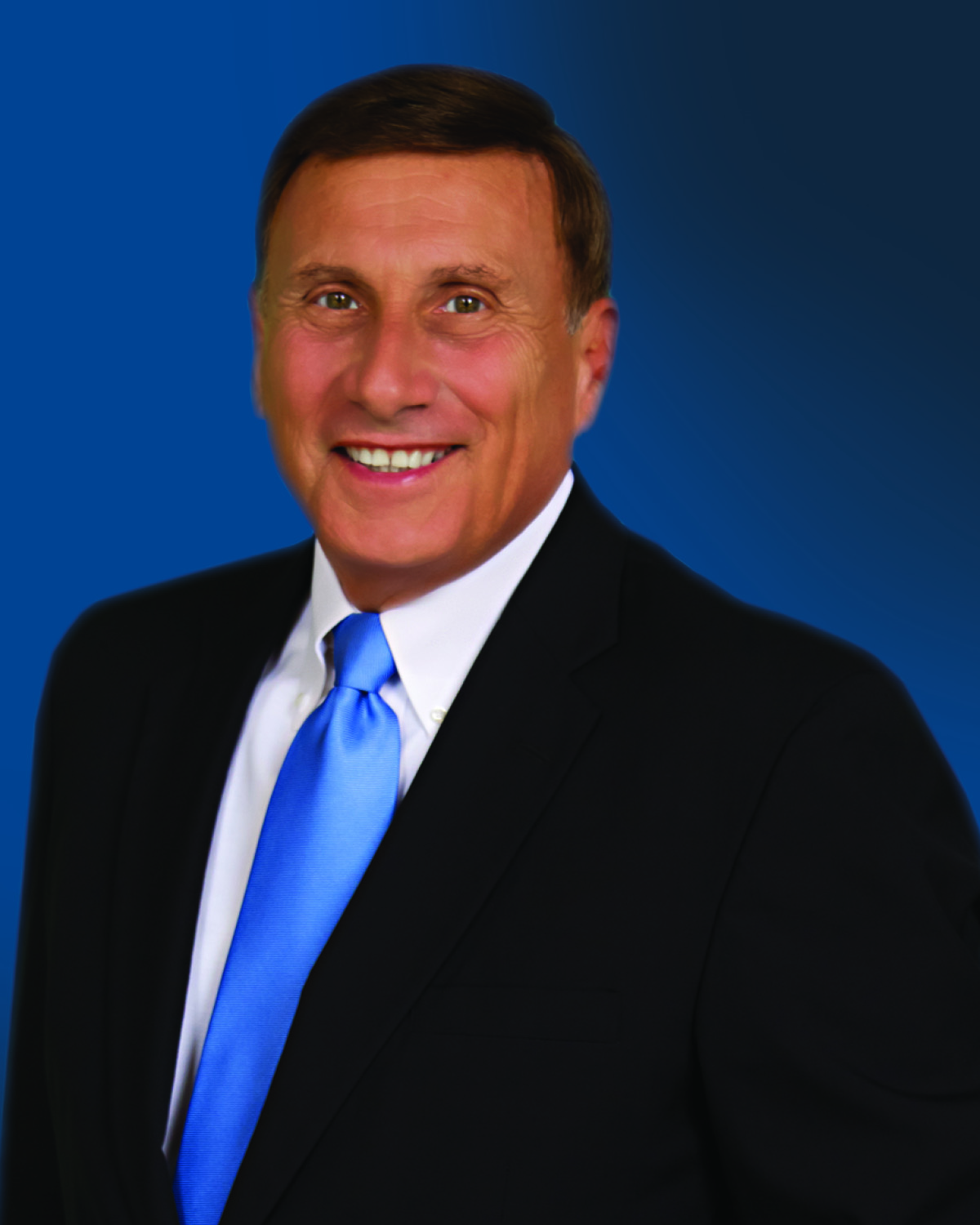 In recognition of Congressman John L. Mica for his untiring support to the simulation industry for nearly a quarter century as a U.S. Congressman. As a national leader, champion, and promoter of simulation and training technology, John Mica was a profound advocate in the House of Representatives, in the industry, and within the military and civilian sectors. He has led, advocated, campaigned, fought, challenged, sponsored, and backed the simulation industry. John Mica’s efforts have helped stabilize and catapult the industry to higher levels of visibility and success at the local, state and national levels.

Congressman John L. Mica was elected to the House of Representatives in 1992 to represent Florida’s 7th Congressional District. He served as the Chairman of the Subcommittee on Government Operations in the Oversight and Government Reform Committee. As Chair of the Government Operations Subcommittee on the U.S. House’s chief investigative panel, he worked on cutting wasteful and duplicative programs and protecting taxpayers’ hard earned money.

Mica also served as the Chairman of the House Transportation and Infrastructure Committee where he was responsible for developing and overseeing federal policy and projects relating to aviation, highways, transit, rail transportation, pipelines, the Coast Guard, maritime transportation, water infrastructure and resources, economic development, public buildings and emergency management issues. Under Mica’s Chairmanship, a total of 55 bills were passed under the Committee’s jurisdiction in the House; of which 30 measures were signed into law.

From 2007 to 2010, Mica served as the Transportation Committee’s Republican Leader. From 2001 to 2006, he chaired the Subcommittee on Aviation. During the aftermath of 9/11, he helped develop national transportation security policy and successfully worked to restore the hard-hit aviation industry. From 1999-2001, Mica served as Chairman of the Subcommittee on Criminal Justice, Drug Policy and Human Resources. As Chairman, he became a national principal leader in the development of our nation’s counter-narcotics policy. His work on Plan Colombia helped bring that ally back from the brink of Narcoterrorism disaster.

As Chairman of the House Civil Service Subcommittee from 1995 to 1999, Mica authored landmark legislation dealing with veteran’s preferences, expanding healthcare access for military dependents and establishing one of the federal government’s largest employee stock ownership programs.

In Mica’s first term in Congress, his freshman Republican colleagues honored him with their Outstanding Legislative Leadership Award for new Members of Congress. Each year since 1993, he has consistently received recognition from fiscal watchdog organizations including the Golden Bulldog Award from the Watchdogs of the Treasury, the Thomas Jefferson Award for Distinguished Service and the U.S. Chamber Spirit of Enterprise Award. In 1995, he was honored as one of 100 Americans to receive the Ellis Island Medal of Honor.

As a member of the Florida House of Representatives (1976-1980), Mica served on the Appropriations, the Select Energy, the Ethics and Elections and the Community Affairs Committees. He was recognized for his service by being named one of Florida’s Five Outstanding Young Men in 1978. From 1981 to 1985, Mica served as Chief of Staff and Administrative Assistant to Florida Republican United States Senator Paula Hawkins.

The Congressman graduated from the University of Florida (1967) and Miami-Dade College (1965). Mica has also been awarded honorary doctorate degrees from Bethune-Cookman University, Embry-Riddle Aeronautical University, College and Stetson University and an honorary degree from Daytona State College. He is active in national and community affairs, and is listed in Who’s Who in American Politics. He is a member of the Delta Chi Fraternity and Florida Blue Key. Mica has served as a member of the U.S. Coast Guard Academy Board of Visitors the Kennedy Center Board of Trustees. Rep. Mica served six years as the Speaker’s Representative to the U.S. Capitol Preservation Commission and was formerly a Member of the House Administration Committee.

Rep. John Mica and his wife, Patricia have resided in Central Florida since they were married in 1972. They have two adult children, D’Anne and Clark.

Soon after John Mica was elected to the U.S. House of Representatives, he began his strong support of the simulation industry. In his first years in Congress he expanded the Live Fire Testing program and encouraged the military services to work together to expand simulation in Central Florida. By funding the Live Fire Test programs through Congressional channels, he made significant contributions to the development of simulation but specifically supporting three distinct programs which the military worked in collaboration. One of the programs was medical simulation research with manikin technology at what is now the Army Research Lab’s Army Training and Simulation Division. These efforts helped launch medical simulation in the Central Florida simulation industry in the early to mid-1990s.

When Congress was considering moving the simulation industry, Mica started Save our Simulation (SOS) initiative, making sure Central Florida retained the nation’s largest cluster of modeling and simulation (M&S) companies that accounted, at that time, for a $3 billion economic impact and provides approximately 27,000 jobs in the region.

Congressman Mica has worked with leaders at the Department of Defense to express his strong support for the simulation industry and to outline the benefits of simulation to the military and as a National treasure. He has taken swift action and been a strong advocate when adverse actions have been taken that might have been perceived as a threat or destabilization of the strong industry resident in Central Florida.

He has been a partner with other Central Florida leaders, taking a leadership role in promoting and solidifying the simulation industry with policy, funding and local support at meetings, conferences and events. His partnership with Central Florida leaders on the Blue Ribbon Panel, the Defense Task Force and other efforts has been outstanding.

His support for the simulation industry on Capitol Hill was remarkable. Two recent examples were in May of 2014 and June 2013. On May 21, 2014, he discussed with House Armed Services Chairman Buck McKeon (CA25) the importance of modeling and simulation (M&S) for military readiness during House Debate of the 2015 National Defense Authorization Act (NDAA). On June 7, 2013 – he directed DHS to look at Simulation for Training and advocated the technology as a for Department of Homeland Security training. During his speech, he referenced the use of simulations from the Central Florida Simulation Industry.

He fought for Orlando’s VA Hospital and the VHA SimLEARN facility. He supported funding for the Simulation Learning, Education, and Research Network, which resulted in the VA’s national hub for simulated learning, training and education for all federal VA hospitals and clinics being headquartered in Orlando.

He has been ever-present at hundreds of events during his service in the U.S. Congress, often as a speaker. Whether a ribbon cutting for one of the Simulation buildings/projects that he advocated for, or a business or research center opening – large companies or small business events – formal information sharing meetings with the National Center for Simulation, meetings with military leaders, or a membership night, John Mica’s support could never be questioned. He was almost always present. Congressman Mica was a proponent for establishing the Florida Simulation Summit and was a keynote speaker at both events. His remarks were underscored the necessity for the event to diversify the successful simulation industry.

He helped establish a 90-acre research park at Embry-Riddle, which the university named the MicaPlex. The research park will focus, among other things, Virtual Reality simulations.

Congressman Mica has spoken at the world renowned Interservice/Industry Training, Simulation and Education Conference every year since the conference organizers began holding the Modeling and Simulation Special event. He has been a strong supporter of simulation as an industry and for the Central Florida and its leadership.

In December 2013 at the IITSEC, he was recognized by Orlando, Inc. with a presentation of the J. Thomas Gurney, Sr. Community Service Award, which recognizes a lifetime of service to our community largely for his efforts in simulation. The award was presented twice to Cong. Mica, first at the Congressional Modeling and Simulation event, then during the joint lunch of the MS&T Blue Ribbon Commission and Metro Orlando Defense Task Force meeting.

Congressman John Mica is the recipient of many local awards including:

Hundreds of Industry Awards including:

Awards from nearly every national Veterans Service Organization, including awards from: