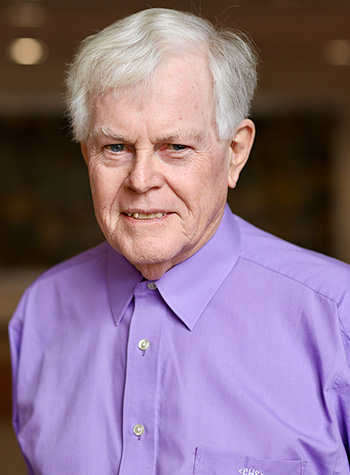 Hughes’ accomplishments span greater than 50 years, and he has been recognized with teaching awards seven times between 1995 and 2015, making a profound difference in the lives and education of students. He has more than 80 grants and contracts, three patents, and nearly 250 publications, and his presence at the University of Central Florida, along with his mentorship of high school, undergraduate, and Ph.D. students, has made him an industry force multiplier.

He is noted for his work in virtual learning environments and has been a strong influence for the development of UCF’s position as a leader in simulation since joining UCF in 1980. He is founding director of the Synthetic Reality Laboratory, co-lead of the Learning Sciences Faculty Cluster at UCF, and founding and co-director of TeachLivE, a revolutionary simulation program that trains the teachers of America’s most at-risk students.