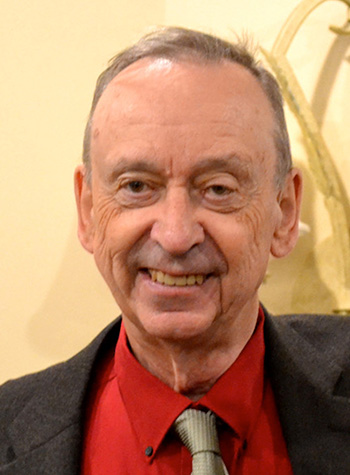 David L. Peters dedicated his professional life to advancing modeling and simulation visual systems technologies. As a pioneer, he led a team that transformed visual systems for the MS&T industry and the aviation community. These advancements impacted and continue to be used today on planes such as the F-22, F-15, T-7A, P-3C, and Apache, among others.

He holds 18 patents, and perhaps the most impactful is for the ‘Eye-Line of Sight Responsive Wide-Angle Visual System’ that provided an optical dome system with eye-tracking, servo-driven projection system. It provided 360-degree coverage and tracked a pilot’s view —  a leap forward for pilot training and MS&T. Peters led the team that developed the first successful FLIR simulation for the AH-64 Apache helicopter trainer introduced in 1985, chosen as the U.S. Army Weapon of the year, the first for simulation.

Dave and his team also developed the first graphics processing unit (GPU) computing architecture to render native source data without the need for advanced compilation. This technology is still in use today by the Department of Defense and commercial simulators. His work has changed the course for visual simulations and made a lasting impact on modeling, simulation and training.